Depending on where you are in the continental US (or the world for that matter), corn on the cob can take on varying forms. Growing up, my family typically resorted to the traditional boiling method for cooking corn. Sometimes if we were feeling fancy, we’d grill it. But rarely did we ever venture out of that comfort zone until I got married.

My husband spent a few years in southern Cali, and when he got home he would talk about all the ways that he had eaten corn. I was floored. “You mean there’s more than just boiling and buttering?” I asked. Turns out, there is. So rather than staying in your comfort zone this summer, try one of these surprising ways to serve corn on the cob!

All you need before you heat up your grill is something to hold your corn with! If you’re looking for something you can throw away, I’d suggest grabbing a few of these. If you want something reusable, then these will do the ticket. Once you’ve got the corn holders, you’re good to go!

This is a staple throughout Southern Cali and Mexico, apparently. My husband said they would wait for the Elote guy to ring his bell (like an ice cream man) and they would go running. He would pull out the cooked corn (already on a stick), slather it in mayo and lime juice, coat it in cheese and seasonings and they would eat as many as they possibly could. Here is elote for you!

Begin by heating your grill to medium-high before grilling your corn for about ten minutes. Make sure to turn the corn often so it doesn’t get burned. Next, brush a layer of mayo over the entire ear of corn. Then sprinkle the corn with chili powder, cotija, and cilantro. Last, give each ear a good squeeze of lime before serving.

I am a firm believer in bacon making everything better. This especially holds true for corn!

Begin by heating the grill to medium. Next, brush each ear of corn with butter before brushing with ranch dressing. Then wrap each ear with four slices of bacon. To finish, grill the corn for about 10 minutes, making sure to turn them every few minutes. Serve and enjoy!

This corn on the cob is definitely a different take on the traditional. It’s sweet, spicy, and salty all at once.

Start by turning your grill to high and mixing up the hoisin, honey, soy sauce, and lime juice. Next, brush the ears with the sauce before putting them on the grill. Continue grilling the corn for about ten minutes, turning and basting every few minutes until the glaze begins to caramelize. When it’s done, move the corn to a platter and sprinkle with sesame seeds, chile, and green onions. Serve and enjoy! 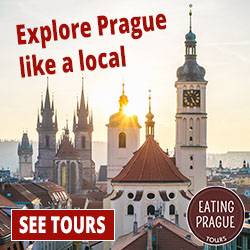