Guten Tag, meine Freunde! Good day, my friends! I don’t know what’s going on in your neck of the woods, but in mine, the leaves are putting on quite the fashion show. The air has developed a crisp edge to it, and we’ve officially entered fall. All of this is adds up to one thing: it’s time for Oktoberfest! Even if you’re not German, you can still celebrate this fall with these Oktoberfest dinner ideas!

So, whether you’re German or not, grab your cast iron skillet and Dutch Oven and get cooking! These delicious Oktoberfest dinner ideas are sure to bring your family together around the table.

This recipe captures the flavors of a classic apple strudel without adding all of the additional time and calories. Serve this one warm from the oven with a scoop of vanilla ice cream for a truly decadent dessert!
Print Recipe Pin Recipe
Prep Time 30 mins
Cook Time 35 mins
Total Time 1 hr 5 mins
Course Dessert
Cuisine American, German
Servings 6 servings 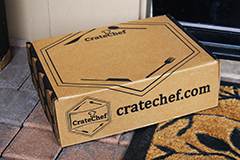